For a list of all countries, please visit www.knoema.com

The current debate in Germany with the youth movement Fridays for Future demanding end coal subsidies and 100% renewable energy as two of many demands.

I’m all for that, we need to live a sustainable life, but even if Germany is achieving these goals, it is just a small puzzle in the total picture.

However, the actual topic, the elephant in the room are two topics nobody is talking about:

Who says that Germany would not be surviving and driving with 60 million people instead of 84 million? [would be a reduction of 213 Mtons CO2-emissions with current figures]  It did it before. However, there is the issue the Government would lose power and would need to get smaller as well. And nobody wants to lose power. Also, to promote one fewer child families and less consumption does not give you votes.

Two targets are easy to achieve in the fight for the reduction of CO2 emissions.

That is maybe the real issue. It is not about the right thing, and it is about power. 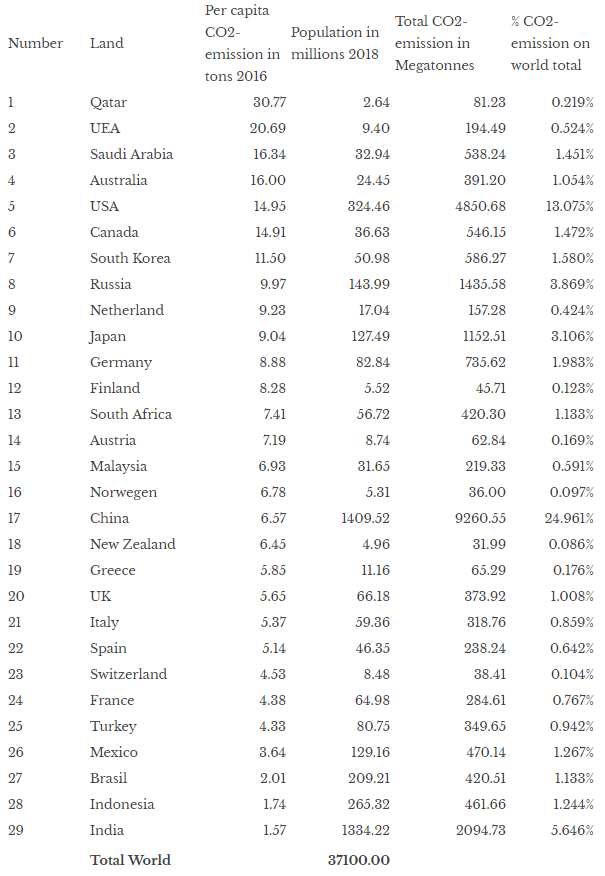